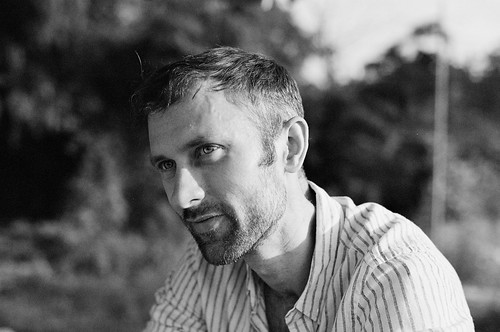 My name is Rob Ward. I was born in Great Britain to Irish parents, have lived in the Czech Republic for getting on for ten years now (though this is my second stint and I’m well over that in total), and have had an Irish passport since June, 2016. It was around that time I jokily began to refer myself as Plastic Paddy of the Universe, the title of an imaginary graphic novel / comic strip of my life. This is the kind of involved private joke that comes up in converation and is barely worth the effort to unpack, but perhaps it gets to the essentials as much as anything else; this is how I more or less described it to my girlfriend, who is Czech, when it came up:

It was the end of the school holidays, 2016, and I had been writing a novel - I had gone as far as to take a portable typewriter with me to Greece on our first holiday. I had been working in a Montessori school for the last couple of years and teaching, then as previously, afforded me no time at all, either to write or to live.